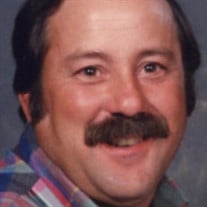 Alfred “Mike” Milam, 64, of 321 Park Springs Road, Providence, NC died on Saturday, December 11, 2021 at UNC Hospital in Hillsboro. Mike was born on January 11, 1957 in Danville, VA, a son of the late Wilsie Thomas Milam and Wyvonnie Mills Milam. He spent all of his life in the Caswell County area where he worked as the owner of Nekay Earth Movers. He attended Union United Methodist Church. Mike was married to Pamela Worley Milam, who survives of the residence. In addition to his wife he is survived by his daughters, Brittany Nicole Milam of Yanceyville, NC and Brandy Leigh English of Providence, NC; his siblings, Edmund T. Milam (Jackie) of Ringgold, VA, Debra Arthur (Bucky) of Sutherlin, VA, Wayne Milam of Ringgold, VA, Cindy Collins (Sammy) of Ringgold, VA; four grandchildren; a great grandchild; and numerous nieces and nephews. A memorial service will be conducted on Tuesday, December 28, 2021 at 2:00 p.m. at Union United Methodist Church with the Reverend Robert Way officiating. The family will be at the residence. Wrenn-Yeatts Memorial Funeral Home, Yanceyville, NC is respectfully serving the Milam family.

The family of Alfred "Mike" Milam created this Life Tributes page to make it easy to share your memories.

Send flowers to the Milam family.