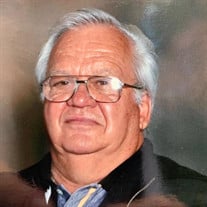 Carlton Wayne Smith, Sr., 79, of 6056 Mount Cross Road departed this life on Wednesday, September 9, 2020 after a decline in health for several years. Mr. Smith was born in Caswell County, NC on April 14, 1941 a son of the late Onza Jones Smith and Ana Elizabeth Hodges Smith. Mr. Smith graduated from the former Cobb Memorial High School then he served his country in the US Army, Old Guard and retired from Dibrell Brothers Tobacco Company where he was an assistant plant manager. He attended Mt. Olivet United Methodist Church and was a life member of Mt. Cross Vol. Fire Dept. where he was an active firefighter for a number of years and most recently served as a board member. He was also a member of the Mountain Hill Hunting Club. He married Shelby Jean Norton Smith, who passed away on February 1, 1997. Survivors include a son, Randall Smith, and wife, Belinda; and two grandchildren, Chase and Gavin Smith. In addition to his wife he was predeceased by a son, Carlton Wayne Smith, Jr.; two sisters, Annie S. Harrelson and Helen S. Vaughan; and a brother, Thomas Smith. Funeral services will be held on Saturday, September 12, 2020 at 11:00 AM from the graveside at Highland Burial Park with the Reverend Timothy Barth officiating. Military honors will be conducted by the American Legion, Post 1097 Honor Guard and the United States Army. The family will receive friends at the residence. In lieu of flowers, the family suggests that memorial donations be made to Mount Cross Fire Department, 4812 Mt. Cross Rd, Danville, VA, 24540 or to Mt. Olivet United Methodist Church, 245 Mt. Olivet Ln., Danville, VA, 24540. Wrenn-Yeatts Westover Chapel is serving the Smith family.

The family of Carlton Wayne Smith Sr. created this Life Tributes page to make it easy to share your memories.