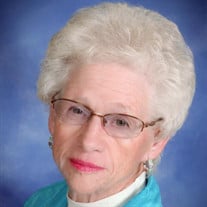 Grace Constance Young McCormick, age 88, of 2032 Ringgold Church Road, Ringgold, VA went to her heavenly home August 27, 2021 at her residence following a five-year decline in health. She was born on December 18, 1932 in Danville, VA, a daughter of the late Herman Roosevelt Young and Grace Catherine Moss Young. On February 10, 1952 she married Samuel R. McCormick, Sr. who preceded her in death on December 11, 2000. She was also preceded in death by her siblings; Hasseltine Young, Bobby Ray Young, Phoebe Young Ragsdale and Carl David Young. A graduate of Brosville High School, she attended Averett University. She began her working years, at Liggett Myers, Mahan and Tyree and retired from Lorillard Tobacco Company in 1992 as the Leaf Accountant. She was a member of Stokesland Baptist Church where she served as pianist for many years later on she moved her membership to Ringgold Baptist Church. A loving, devoted wife, mother, grandmother, and Gigi, she is survived by her sons Samuel Robert McCormick, Jr. (Phyllis) and Danny Clare McCormick (Debbie). Connie is also survived by two sisters, Maude Young Coggin and Rebecca Young Butts (Larry). She is also survived by her adored grandchildren, Jeremy McCormick (Raven) and their children, Clayton and Savanna Grace; Reagan McCormick Boomer (Heath) and their children, Abigail and Samantha; Whitney McCormick Holley (Jamey) and their daughter, Madisyn Grace; and Haley McCormick (Grandma’s Girl). She is also known as Grandma "Coonie" by Page Reynolds and his daughter Katie Mitchell (David) and Timothy. She is also survived by numerous nieces and nephews. Connie led a happy, full-filled Christian life caring for her devoted late husband and love of her life, Sam, and her two boys Sammy and Danny and their families. A special thanks to her loving caregivers, Cynthia Coleman, Bernice Giggetts, Flo Harper, Charlotte Eldridge and Liz Walker. A special thanks to Dr. Theodore Pappas, Jenna Brothers, PA and Dr. Steven Jannach for the care they rendered during Connie’s illness. The funeral service will be 3:00 PM, Sunday, August 29, 2021 at Ringgold Baptist Church, officiated by Rev. Duane Caldwell. Interment will follow in Highland Burial Park. The family respectfully requests that in lieu of flowers donations be made to the Ringgold and Kentuck Fire Departments. The family will be at the residence. Wrenn-Yeatts North Main Chapel is serving the McCormick family.

Grace Constance Young McCormick, age 88, of 2032 Ringgold Church Road, Ringgold, VA went to her heavenly home August 27, 2021 at her residence following a five-year decline in health. She was born on December 18, 1932 in Danville, VA, a daughter... View Obituary & Service Information

The family of Connie Young McCormick created this Life Tributes page to make it easy to share your memories.

Send flowers to the McCormick family.