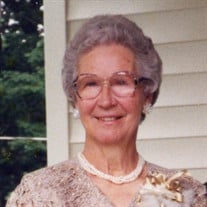 Cuma Compton Inman 94, formerly of Deercrest Lane, Danville, VA, died Friday March 11, 2022. Cuma was born in Floyd, VA, on May 27, 1927 a daughter of the late George Washington Compton and Ora Salmons Compton. On May 27, 1949 she married Henry Hutson Inman who passed on September 4, 2017. Following their marriage, she relocated to the Danville area. She was a member of Bethel Baptist Church. She was a loving, dedicated mother, working as a homemaker while raising her children and she later worked for Yeatts Nursery in Martinsville, where she cultivated her love of plants. Throughout her life, Cuma loved working in her garden and caring for her plants, putting into practice old gardening and canning techniques that had been passed down through the generations. She loved her family and God the most and that love was always shown through her radiant smile and the care she extended to everyone she encountered. Her legacy will continue to grow and flourish in the lives of those who knew her, especially those closest to her. Survivors include two sons, Jerry Michael Inman (Becky) and Darrell Hutson Inman (Lori), three sisters, Ethel Harmon (Billy), Ila Martin, Shirley Compton, two brothers, William Compton (Ruth), Elija Compton, six grandchildren, Kendra Holmes, Lindsey Bell, Amanda Mull, Melissa Pogarcic, Heather Inman, and Zachary Inman; and two great grandchildren, Samantha Graham and Mathiew Inman. She is also survived by a sister-in-law, Guiwana Compton. In addition to her parents and husband, she was predeceased by two brothers, Lawrence Compton and Edward Compton. Funeral services will be held on Thursday, March 17, 2022 at 1:00 PM at the Wrenn-Yeatts Westover Chapel with the Reverend Ronnie Pruitt and the Reverend Joe Kendrick officiating. Interment will follow in Danville Memorial Gardens. The family will receive friends on Thursday at the funeral home from 12:00 until 1:00 PM and other times at the residence of Jerry and Becky Inman 273 Deercrest Lane. Also, they suggest that memorials may be made to the Brosville Fire & Rescue, 11912 Martinsville Highway, Danville, VA 24541. Wrenn-Yeatts Westover Chapel is serving the Inman family.

Cuma Compton Inman 94, formerly of Deercrest Lane, Danville, VA, died Friday March 11, 2022. Cuma was born in Floyd, VA, on May 27, 1927 a daughter of the late George Washington Compton and Ora Salmons Compton. On May 27, 1949 she married... View Obituary & Service Information

The family of Cuma Compton Inman created this Life Tributes page to make it easy to share your memories.

Send flowers to the Inman family.