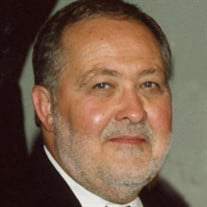 Douglas Wayne Burton, Sr., 77, of 3360 Vandola Rd., Danville, VA, died on Sunday, April 12, 2020, at Duke Medical Center, Durham, NC, after being in declining health for the past four months. Mr. Burton was born in Danville, VA, on March 20, 1943, son of the late Jesse W. Burton and the late Willie Hunter Hardy Burton. He was a graduate of George Washington High School, Class of 1962. He lived all of his life in Pittsylvania County, VA, where he worked for forty-two years at the former Corning Glass. He was a member of the West End Christian Church where he served as an Elder. He had also attended Faith Memorial Baptist Church. On November 23, 2001, he married Sherry Stephens Burton, who survives of the residence. He is survived by a son, Douglas Wayne Burton, Jr., of Danville, VA; two daughters, Mary Burton Crane, and Jennifer Burton Brann and husband Randy, all of Danville, VA; two grandchildren, Ryan Douglas Burton (Lauren), and Amy Elizabeth Crane (Kirk); and a great granddaughter, Hunter Burton. The family is aware that there are many people who would like to attend Mr. Burton’s funeral, however, due to the constraints of public gatherings during the COVID-19 outbreak, there will be a private graveside held at Highland Burial Park with the Reverend Daniel Lackey officiating. For the time being, the family encourages you to leave your memories and condolences online at www.wrenn-yeatts.com. In lieu of flowers, the family suggests memorial donations be made to Faith Memorial Baptist Church, 7450 Martinsville Hwy, Danville, VA, 24541, or to God’s Pit Crew, 2499 North Main St., Danville, VA, 24540. Wrenn-Yeatts Westover Chapel is respectfully serving the Burton family.

The family of Doug Burton Sr. created this Life Tributes page to make it easy to share your memories.

Send flowers to the Burton family.