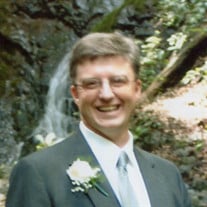 Edward Luther “Ed” Gibson, 56, of 1235 Boone Road, Elon, NC, died Thursday, November 7, 2019 at the Alamance Health Care Center after a decline in his health for several years. Born in Durham, NC, on June 6, 1963, Ed was the son of the late Patrick Henry Gibson and Ruth Marie Matkins. He retired due to health reasons from Burlington Industries where he worked as a weaver. Ed was of the Baptist faith and graduated from Bartlett Yancey High School, Class of 1981. On June 30, 2007 he married Wanda Bowers Gibson, who survives. He was predeceased in death by his parents, Henry and Ruth Gibson; a sister, Elaine G. Hill; and three brothers, Larry H. Gibson, Brady F. Gibson and Posey L. Gibson. In addition to his wife, of the residence, Ed is survived by two brothers, Paul R. Gibson (Jean), of Yanceyville, NC, and Randy C. Gibson (Donna) of Woolwine, VA; two sisters, Sallie G. Smith (Fred) of Blanch, NC, and Shelby G. Pinkerton of Durham, NC; his faithful companion, Buckshot; numerous nieces and nephews, and numerous brothers and sisters-in-laws. A graveside service will be held on Saturday, November 9, 2019 at 2:00 P.M. at the Gibson Hamlett Family Cemetery with Pastor J. R. Bowers officiating. At other times the family will be at the residence. The family suggests memorials may be made to the Diabetic Research Institute Foundation at https://www.diabetesresearch.org/Give Wrenn-Yeatts Yanceyville Chapel is serving the Gibson family.

The family of Edward Luther Gibson created this Life Tributes page to make it easy to share your memories.

Send flowers to the Gibson family.