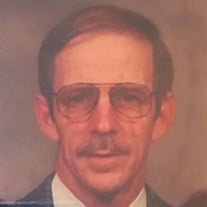 Elbert Spenser “Pete” Dalton, 75, of 485 Winterberry Road, Danville, VA died Monday, January 24, 2022 at SOVAH Health in Danville after a decline in his health since April of 2021. Pete was born in Stuart, VA on August 27, 1946, a son of the late John Mathis Dalton and Nellie Caviness Dalton. He lived his early years in Eden, NC. He also lived in Las Vegas, Nevada before moving to the Danville area. Pete was a veteran, proudly serving in the U.S. Air Force in Vietnam and in Thailand. He retired as owner of Dalton Collectables at the Eden Flea Market. He also worked at One Hour Martinizing Dry Cleaners in Danville, and Pete’s Body Shop in Blairs, VA. He painted the “Oldies but Goodies” race car for Richard Petty that is on display in the Richard Petty Museum. He worked in the Casino’s in Las Vegas, and raised tobacco with his parent’s in-laws. Pete enjoyed spending time with family, fishing, watching football, and was an avid NASCAR fan, especially Dale Earnhardt and later Kevin Harvick. On Febraury 22, 1984 he was married to Nancy Hawkins Dalton, who survives. In addition to his wife, of the residence, Pete is survived by a son, Jonny Fairplay of Danville, VA; a daughter, April Dalton of North Palm Beach, FL; two granddaughters, Piper Fairplay, and Madilyn Finkbreiner-Fairplay; and a special family member, Patsy Hall of Danville, VA. Pete was predeceased by a son, Roy Paul Dalton. He was the last remaining family member of 24 children. The last of his siblings that preceded him were Roy Dalton, Rudy Dalton, Jack Dalton, Gertrude Hunt, Lucy James, and Patricia Dalton. Funeral services will be held on Friday, January 28, 2022 at 11:00 A.M. at Sharon Baptist Church with Pastor Ray Lawton and the Reverend Johnny Scearce officiating. The family will receive friends at the church following the service. A graveside service will be held on Saturday, January 29, 2022 at 11:00 A.M. at the Providence Baptist Church Cemetery, 1055 Lawyers Road, Red House, VA, with military honors by the U.S. Air Force Honor Guard. Wrenn-Yeatts Westover Chapel is serving the Dalton family.

The family of Elbert S. "Pete" Dalton created this Life Tributes page to make it easy to share your memories.

Send flowers to the Dalton family.