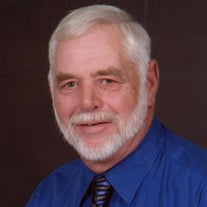 Eugene Alton (Gene) Williams, 75, of2122 NC Hwy 119 N, Leasburg, NC went home to be with the Lord on January 18, 2022 after being in declining health for three months. He was born in Horry County, SC on April 28, 1945, a son of the late Alton Dow Williams and Jewell Louise Fowler Williams. Gene had lived most of his life in Caswell and Alamance Counties. He had retired from General Electric Corporation in Burlington, NC. Gene loved the Lord and was a very faithful church member of Union United Methodist Church, where he served as the custodian along with other church duties. He was a member of the Leasburg Volunteer Fire Department for 20 years and he served in the U.S. Army during the Vietnam War. Gene was a long time member of the Leasburg Hunting Club where enjoyed being with his many friends and he was also a member of the Leasburg Ruritan Club. Gene and Margaret Ann loved to travel to Cherokee, NC. Gene is survived by his wife of 52 years, Margaret Ann Hamlett Williams, children, Donnie Willis of Leasburg, NC, Denise Bigelow of Burlington, NC, Todd Williams (Rhonda) of Graham, NC, Dean Williams (Melissa Hebert) of Whitsett, NC, three grandchildren, Josh Williams, Diamond Bigelow, McCray Williams, four great grandchildren, Alexandra Williams, Noah Williams, Coda Enoch, Salem Williams, three sisters Betty Brooks of Mebane, NC, Margie Poole of Burlington, NC, and Hazel Bowes of Burlington, NC. He was predeceased by one brother, Thomas Williams. A Memorial Service for Gene will be conducted on Sunday, January 23, 2022 at 2:00 p.m. at Union United Methodist Church by Pastor John Upton. Military honors will be conducted by the VFW Post 7316 of Yanceyville, NC. A short visitation will be held after the service in the Fellowship Hall. The family will receive friends at the residence. Wrenn-Yeatts Yanceyville is respectfully serving the Williams family.

The family of Eugene Alton Williams created this Life Tributes page to make it easy to share your memories.

Send flowers to the Williams family.