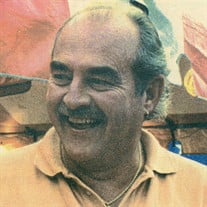 Frank James Moorefield, Jr., 67, of Danville, VA, died suddenly after a brief illness on December 10, 2019, at SOVAH-Health. Frank was born on December 29, 1951, in Danville, VA, son of the late Frank James Moorefield, Sr. and Mozelle White Moorefield, of Yanceyville, NC. He spent most of his life in Danville, VA. He was employed at Piedmont Custom Conversions for the past ten and a half years. He was of the Baptist Faith. In addition to his mother, he is survived by a sister, Debbie Moorefield Mays and husband Carl, of Danville; a brother, William “Keith” Moorefield and wife Janet, of Danville; and two nieces, Lindsay Moorefield and her son, Landon Hardy, of Danville, and Amanda Mays Lowney and husband Eric, and their daughter, Adda, of Tampa, FL. Frank never met anyone that he could not talk too. He was loved by so many and his friends were unlimited. His life was private, just as he was. Frank will be missed by anyone who knew him. He enjoyed his life and was always happy. Rest easy my dear one. You will be missed by so many. Life will not be the same without you Frank, but we will see you again. A memorial service will be conducted on Friday, December 13, 2019 at 2:00 p.m. by Pastor Wayne Jones at the Wrenn-Yeatts Memorial Funeral Home, 877 Main Street, Yanceyville, NC, 27379. The family will receive friends at the funeral home prior to the service from 12:30-1:45 p.m. Wrenn-Yeatts Memorial Funeral Home, Yanceyville, NC, is respectfully serving the Moorefield family.

The family of Frank James Moorefield Jr. created this Life Tributes page to make it easy to share your memories.

Send flowers to the Moorefield family.