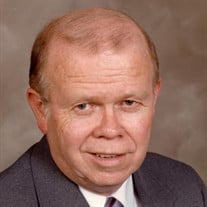 Frank “Red” Warren Hundley, 85, of 612 River Ridge Rd, Danville, VA died on Fri, Feb 28, 2020 at Roman Eagle Rehabilitation and Health Care after being in declining health for the past two years. Mr. Hundley was born in Fieldale, VA on Dec 7, 1934, son of the late Leo Frank Hundley and Nannie Lou Stone Hundley. He spent most of his life in the Henry County area where he worked for Fieldcrest Mills as an inspector for 42 years until his retirement. He was of the Baptist faith. Mr. Hundley loved to watch old western movies and play bingo in his spare time. On May 27, 1987, he married Marie Walker Hundley who died on Jul 2, 2013. In addition to his parents and wife he was predeceased by his daughter, Paula Walker; brothers, Kenneth, Gary and Johnny Hundley; and sisters, Jean Harrison, Lee Adkins and Bonnie Griffith. Survivors include, son, Alan Hundley and wife Nancy of Danville, VA; daughters, Cindy H. Nolen and husband Lionel of Martinsville, VA, Rhonda Walker of Danville, VA and Cathy Carter of Danville, VA; brothers, R.B. Hundley of Patrick County, VA and Leo Hundley of Johnson City, TN; sister, Reva H. Pulliam of Kernersville, NC; seven grandchildren; seventeen great grandchildren; and one great great grandchild. A graveside service will be conducted on Tue, Mar 3, 2020 at 2:00 p.m. at Danville Memorial Gardens with the Reverend Bobby Thurman officiating. Interment will follow the service in the cemetery. The family will receive friends on Mon night from 6:00 p.m. to 7:30 p.m. at the Wrenn-Yeatts Westover Chapel and at other times will be at the residence of his son Alan at 103 W Woodlawn Dr. Danville, VA 24541. In lieu of flowers, the family suggest that memorial donations be made to American Diabetes Association at P.O. Box 15829 Arlington, VA 22215. Wrenn-Yeatts Westover Chapel is respectfully serving the Hundley family.

The family of Frank “Red” Hundley created this Life Tributes page to make it easy to share your memories.

Send flowers to the Hundley family.