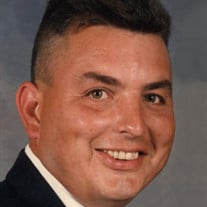 Garry Robert Howell, 61, of 1233 Honey Rd., Danville, VA, died on Monday, January 13, 2020, at his residence, after a decline in health for the past five years. Mr. Howell was born in Stuart, VA, on December 6, 1958, a son of the late Wade Howell and the late Mary Hubbard Howell. He was a graduate of Patrick County High School. He spent most of his life in the Danville area where he retired from Sprint as vice president of sales and marketing. In his spare time, he enjoyed fishing, golfing, and vacationing at the beach. He was an avid Dallas Cowboys fan. He was of the Baptist faith. Survivors include his fiancée, Debbie Gover, of the residence; two sons, Chadwyck “Chad” Howell and fiancée Ally, of Plymouth, MA, and Zachary Robert Howell, of Danville, VA; two special granddaughters, Sophia and Isabella Lule; a sister, Beverly Francois, of Cheyenne, Wyo; a brother, Jeff Howell, of Bismarck, ND; and a half-brother, Mahlon Howell, of Rocky Mount, VA. A Memorial Service will be conducted on Friday, January 17, 2020 at 11:00 a.m. at the Wrenn-Yeatts Westover Chapel with the Reverend Clayton Murphy officiating. The family will receive friends one hour prior to the service at the funeral home and at other times will be at the residence. Wrenn-Yeatts Westover Chapel is respectfully serving the Howell family.

The family of Garry Robert Howell created this Life Tributes page to make it easy to share your memories.

Send flowers to the Howell family.