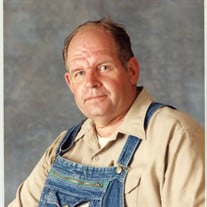 Mr. Henry Vester Adams Jr. of Danville passed away on October 29, 2021 at Piney Forest Health Care. He was 83 years old. Henry (“Shorty “as everybody knew him) was born in Danville, VA on January 30, 1938 He was a son of the late Henry Vester Adams Sr. and Frances Gregory Adams. He lived in Danville most all of his life. He was a member of Main Street Methodist Church and later moved his membership to Mount Vernon Methodist Church. Henry attended George Washington High School. He served in the Virginia National Guard prior to enlisting in the United States Marine Corps where he served 4 years active duty. He went on to drive for the Trailways Bus Company before joining the Danville Fire Department. He retired from the fire department after 28 years. During his years in the fire department he ran a lawn and landscaping business which he continued long after retiring from the fire department. Anybody that knew him remembers that little flatbed truck hauling mowers and tractors all over town. Anybody driving by the Danville Life Saving Crew would often see him mowing or landscaping the grounds. That was his special place for him to take care of. He loved to work, 7 days a week, 52 weeks a year. Occasional he would take off Christmas day. Henry was a Life Member of the Danville Life Saving Crew and a former member of the Improved Order of Redmen of Virginia 124 Poquoson Tribe. He is survived by his wife of 59 years Bett Arnett Adams, his three sons Henry V. Adams III, Lincoln Samuel Adams (wife Wennifer) and Calvin Lea Adams (wife Donna) and their son Zachery Taylor Adams. Also surviving are his brother Drewry Lea Adams (partner Janet) of Sarasota Florida, and brother-in-law James Samuel Arnett Jr. (wife Barbara) of New Bern, NC. In lieu of flowers donations may be sent to the Danville Life Saving Crew or the charity of your choice. The family wishes to thank Piney Forest Health Care, Sovah Health Danville and Comfort Care for their hardworking and caring staffs. We would also like to thank the all the friends from the Danville Life Saving Crew and the Danville Fire Department. Private graveside rites were held November 1, 2021 at Mt. View Cemetery with Pastor Roy Horne officiating the service.

The family of Henry Vester Adams, Jr. created this Life Tributes page to make it easy to share your memories.