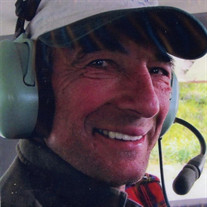 James Dale “Jim” Berger, 77, of 174 Lakeside Lane, Providence, NC, died Friday, February 28, 2020 at his residence after a decline in his health for the past two years. Jim was born on November 3, 1942 in Lebanon, PA, a son of the late Bernard Arthur Berger and Arlene Mildred Stick Berger. He lived his early years in Lebanon, PA, and his career years in Maryland. He had been a resident of Providence, NC, since October of 2006. Jim retired from Lucent Technologies where he worked as an Engineer. He was a member of Church of the Good Shepherd UMC in Lebanon, PA. He was an avid Baltimore Ravens fan. He loved playing golf, racquetball and basketball. On September 27, 1980 he was married to Barbara Meller Berger, who survives. In addition to his wife, of the residence, Jim is survived by two sons, James Dale Berger, Jr. (Dawn) of Owing, MD, and Steven Craig Berger of Muskegon, MI; two sisters, Janice Andreozzi (Robert) of Lebanon, PA, and Patricia Bowman (Jan) of Annville, PA; four sisters-in-law, Linda Peck (Don) of Arlington, VA, Pauline Demery (Greg) of Arlington, VA, Marian Koch (Peter) of Arlington, VA, and Elizabeth Allwein; and four grandchildren, Ryan Berger, Allison Machulis, Amanda Berger and Nicholas Berger. Jim was predeceased by a brother, Lawrence Berger. A memorial service will be held on Wednesday, March 4, 2020 at 4:00 P.M. at the Wrenn-Yeatts Westover Chapel with the Reverend Steve Carlton, Mr. Rick Fowler, and Mr. Jim Berger, Jr. officiating. The family will receive friends on Wednesday, at the funeral home, from 2:30 until 4:00 P.M. Also, the family suggests memorial contributions may be made to the Duke Cancer Center, 20 Duke Medicine Circle, Durham, NC, 27710. Wrenn-Yeatts Westover Chapel is respectfully serving the Berger family.

The family of James Dale Berger created this Life Tributes page to make it easy to share your memories.

Send flowers to the Berger family.