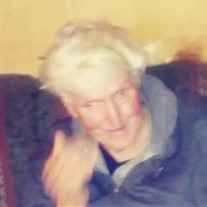 Jasper Amous Harris, Jr., 76, of 1598 West Fork Road, Cascade, VA died Thursday, April 15, 2021 at his residence after a decline in his health for the past two weeks. Jasper was born in Henry County, VA on November 13, 1944, a son of the late Jasper Amous Harris and Bettie Eggleston Harris. He lived most of his life in Cascade, VA and worked for Hooker Furniture Company until it’s closure in Machine room #1. He was a member of the Danville Christian Fellowship Church. He enjoyed watching and feeding his birds, and working puzzles. Survivors include his longtime companion, Juanita Rowland Stone, of the residence; two daughters, Victoria Chumley of Dry Fork, VA, and Allan Slaughter of Las Vegas, NV; four grandchildren, Arielle and Richard Nives, and Katie & Amanda Slaughter; several nieces and nephews, including special nieces, Brittney Sink of Axton, VA, and Melissa Rigney (Melvin) of Dry Fork, VA. He was the last surviving member of his immediate family. He was predeceased by two sons, Jasper Amous Harris III, and Michael Harris. In honor of his request, there will be no formal funeral services held for Jasper A. Harris, Jr. Wrenn-Yeatts North Main Chapel is serving the Harris family.

The family of Jasper Amous Harris Jr. created this Life Tributes page to make it easy to share your memories.

Send flowers to the Harris family.