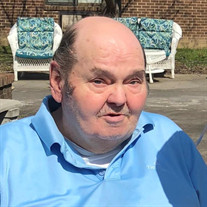 John “Johnny” William Swanson, 71, of Swansonville, VA, died on Sunday, March 21, 2021, at Alamance Regional Medical Center, Burlington, NC, after a decline in health. Mr. Swanson was born on March 14, 1950, a son of the late Thomas Amick Swanson and the late Dorothy Haley Swanson. He was a member of Swansonville United Methodist Church. Uncle Johnny, as he was known best, lived most of his life in Swansonville. He loved everything out-of-doors. He was happiest taking long walks in the woods. Uncle Johnny was a man of gentle kindness, always patient with children who enjoyed a smile and a story. Nothing gave him more satisfaction than to give something to someone else. His greatest gifts were his stories which he gave generously as he always had time for the small pleasures of life. Humor and pride gave him a dignity that endeared him to all who knew him. He is survived by two sisters, Sue S. Robertson, of Richmond, VA, and Anne S. Puryear (Mickey), of South Boston, VA; two brothers, Ray T. Swanson (Debbie), of Greensboro, NC, and Charles W. Swanson (Julia), of Richmond, VA; a sister-in-law, Nancy Swanson; and numerous nieces and nephews. Johnny also left behind his loving nephew, Paul D. Swanson of Danville, and a niece, Mary S. Yeaman (Andy, Marissa, and Drew) of Danville, who adored him. In addition to his parents, he was predeceased by a brother, James “Jimmy” C. Swanson. The family would like to extend a special thanks to the nurses and staff, who were like family to him, at White Oak Manor, of Burlington, NC. A Graveside Service will be held on Tuesday, March 23, 2021 at 2 p.m., at Swansonville United Methodist Church Cemetery, with the Reverend John Bright officiating. The family will receive friends at the residence of his niece, Mary S. Yeaman, 3580 Mount View Rd., Danville, VA, 24540. Wrenn-Yeatts North Main Chapel is respectfully serving the Swanson family.

The family of John Swanson created this Life Tributes page to make it easy to share your memories.

Send flowers to the Swanson family.