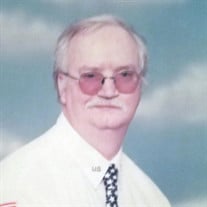 Kenneth Wayne Colby, 69, of 111 Skylark Drive, Danville, VA, went home to be with the Lord suddenly on Saturday, November 30, 2019. Kenneth was born in Henrico County, VA, on March 25, 1950, a son to the late Robert Myron Colby and Lois Jean Frank Colby. He had moved to Danville from Henrico County in 1984. He had worked for over 20 years in the maintenance department for Roman Eagle Memorial Home prior to his retirement. He was a member of Trinity United Methodist Church. He served in the U.S. Army during the Vietnam War as Sergeant 1st Class. Kenneth was past President & Registrar of the Dan River Sons of American Revolution, S.A.R.. He was one of the founding members of the Dan River Chapter and he served as the chairman of the Military Section of the Pittsylvania County Heritage Book committee. Kenneth was a member of the Virginia-North Carolina Genealogical Society where he served as Vice President and program chairman. He was member of Poquoson Tribe #124 of the Improved Order of Red Men and a member of American Legion Post #1097 Honor Guard. On August 24, 1976, Kenneth married Kathy Carmichael Colby who survives of the residence. Kenneth is also survived by a son, Kenneth Matthew Colby of Danville, VA; a brother, Robert Keith Colby; and a grandson, Matthew Wayne Colby. He was predeceased by a sister, Brenda Colby Addison, and a brother, Joseph Walter Colby, Sr. Funeral Services for Kenneth will be conducted on Wednesday, December 4, 2019 at 1:00 p.m. from Trinity United Methodist Church by the Reverend Bobbie Henley. Interment will follow in Schoolfield Cemetery with Military Honors conducted by the U.S. Army and the American Legion Post 1097 Honor Guard. The family will receive friends one hour prior to the service at the church and at other times they will be at the residence, 111 Skylark Drive, Danville, VA 24541. In lieu of flowers, the family suggests memorial donations be made to the American Legion Post 1097 Honor Guard, 17 Fairfield Ave, Danville, VA, 24541. Wrenn-Yeatts Westover Chapel is respectfully serving the Colby family.

Kenneth Wayne Colby, 69, of 111 Skylark Drive, Danville, VA, went home to be with the Lord suddenly on Saturday, November 30, 2019. Kenneth was born in Henrico County, VA, on March 25, 1950, a son to the late Robert Myron Colby and Lois Jean... View Obituary & Service Information

The family of Kenneth Wayne Colby created this Life Tributes page to make it easy to share your memories.

Send flowers to the Colby family.