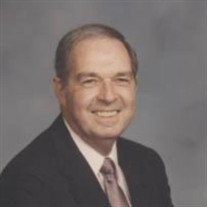 Lindsey Moore Hyler, affectionately called “Bill” by family and friends, took his final breath in the loving care of his wife, Sylvia Hyler, on Monday, December 20, 2021. While Bill lived most of his life in Danville Virginia, he surprised us all by relocating to Bradenton Florida six years ago. Born to the late Howard and Lena Childress Hyler, Bill grew up in the Vandola Community and graduated from Brosville High School, where he met his high school sweetheart. The year after high school, they were married and spent their honeymoon in Washington D.C. For 71 years, Bill and Sylvia enjoyed a fulfilling, loving life together. He is survived by his wife, Sylvia Shively Hyler; two sons, Leonard Dale Hyler, daughter-in-law Susan M. Hyler; and Lindsey Moore Hyler Jr.; two grandchildren, Jake Lindsey (Arianna) Hyler and Alex Lillie Hyler (Ben). Also surviving are five sisters, Naomi Collie, Aiken, S. C., Bonnie Farmer, Richmond, Va., Frances Powell, Gwyneth (L.B.) Barber, and Sally Akers all of Danville, Va., as well as numerous nieces and nephews. He was predeceased by 4 brothers, Carson, Forrest, Howard & Peyton and a chosen brother, Herb Long of Moberly, Mo. He was also predeceased by one sister Mary Lucy Dance. Some of Bill’s most joyous moments were spent with his loving family, playing the guitar with Lin and Dale, cheering for UNC’s basketball team, making apple butter every fall of the year, and working in his yard on Vandola Road. He was the best handyman, and it was once said that the only thing he couldn’t fix was a broken heart. He was a member of Fairview United Methodist Church, where he sang in the choir and was honored to have been a Scout Master for Troop#359. He thoroughly enjoyed playing the guitar and singing in a quartet named the “Joyful Sound”. He was a member of the Poquoson Tribe #124, Pittsylvania County Service Board, Westover Sertoma Club, and Westover Community Board. Bill served his country in the U.S. Air Force from 1951 to 1955 as a mechanic on the F-86 D fighter planes at Tyndall Air Force Base in Panama City, Fla. His military experience led him to several distinguished career opportunities including teaching mathematics at Danville Community College, working for General Electric in Waynesboro, Va., and working for DuPont in Martinsville, Va., which he retired from after 28 years of service. After his retirement, he worked at Wrenn-Yeatts funeral home for several years. Please join us celebrating Bill’s life on Monday, December 27th,2021, at Wrenn-Yeatts Westover Chapel for visitation between 11:00 a.m – 1 p.m. The funeral service will be held immediately following visitation at 1 p.m at the Wrenn-Yeatts Westover Chapel, 5858 Riverside Drive, Danville, VA, 24541. Interment will be at Danville Memorial Gardens.

Lindsey Moore Hyler, affectionately called &#8220;Bill&#8221; by family and friends, took his final breath in the loving care of his wife, Sylvia Hyler, on Monday, December 20, 2021. While Bill lived most of his life in Danville Virginia, he... View Obituary & Service Information

The family of Lindsey M. "Bill" Hyler created this Life Tributes page to make it easy to share your memories.

Send flowers to the Hyler family.