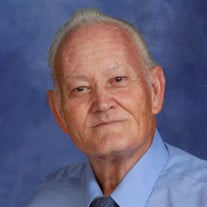 Lum Unice Mann, Jr., 78, of 110 Conway Court, Danville, VA died Tuesday, February 4, 2020 at his residence after a decline in his health since October of 2019. Lum was born on July 28, 1941 in Danville, VA., a son of the late Lum Unice Mann, Sr. and Georgia Hanks Mann. He lived his entire life in Danville, VA and retired from Danville Memorial Hospital where he worked in the Maintenance Department. He was a charter member of United Baptist Church and a member of the Improved Order of Redmen #1024. In addition to his parents, Lum was predeceased by a sister, Brenda Jennings. Survivors include three daughters, Barbara Keatts, Brenda Jones (Patrick), and Beverly Harville (Travis); and a son, Robert Mann, Sr.; four grandchildren, Kevin Keatts, Eric Keatts, Robert Mann, Jr., and Zoe Alderson; and a great granddaughter, Torvi Keatts. Funeral services will be held on Saturday, February 8, 2020 at 2:00 P.M. at United Baptist Church with the Rev. Dr. Adam Woods officiating. Interment will follow in Highland Burial Park with Military honors conducted by the U.S. Army. The family will receive friends on Saturday, February 8, 2020 at the church from 12:30 until 2:00 P.M. and at the residence at other times. Wrenn-Yeatts North Main Chapel is serving the Mann family.

The family of Lum Unice Mann Jr. created this Life Tributes page to make it easy to share your memories.

Send flowers to the Mann family.