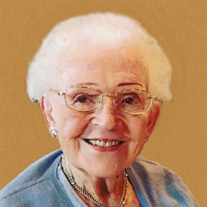 Margaret Davis Marshall, 92, of 126 Magnolia Drive passed away peacefully at home on February 26th. Margaret was greatly loved by her family, friends, and church family at Grace-Design United Methodist Church. Margaret always met life with grace, simplicity and dignity. She was admired by everyone she met, and she will be greatly missed. Margaret was born in Mooreville, NC to the late James Steven Davis and Eunice Davidson Davis and lived all of her life in Danville, VA. Margaret’s first job was with Oscar Evans Insurance. She was a successful businessperson. Margaret and her late husband, Bobby Marshall began Marshall Sand and Gravel which later became Marshall Construction Co., Inc. Margaret and Bobby began in the early 1970s to invest in real estate and rental property. Currently, Margaret owns Marshall Construction, Co. Inc, Marshall Rentals, and Comfort Inn-Danville, VA. Margaret functioned as the comptroller for the various business entities until she was 86 years old. She is survived by her son, Robert T. Marshall Jr., of Clarksville and his wife Phyllis; her daughter, Patricia L. Marshall of Danville, VA and New York City. Margaret is also survived by her grandson, Casey D. Marshall of Clarksville, VA, one sister, Ramona Haraway and husband, Leonard as well as her sister-in-laws, Peggy Hudgins Davis and Elizabeth S. Marshall. Margaret was preceded in death by her husband, Robert T. Marshal Sr., sisters, Peggy Davis Worley, Melba Davis Smith, Helen Davis Basham, and her brother, Herbert (Gus) Davis. Margaret was active in the Danville community. She was a member of the Jaycettes as well as a member of the Luncheon Pilot Club. Margaret also donated her time to raising money for the restoration of the North Theatre. She was a member of Grace-Design United Methodist Church. She was married to her late husband at Grace Methodist Church on Claiborne Street in 1950. She was a devoted choir member for over 50 years, and taught Sunday School (Young Adult Bible study and Ladies Bible Class) and was on the Pastor Parish Relations committee for years. Margaret enjoyed travelling up until her mid-80s with her daughter and late grand dog, Finn. Over the years, she visited France four times, Prague, Czech Republic, Venice, Milan and Florence, Italy, Bruges, Belgium, Brussels, Belgium and Marrakech, Morocco. Margaret had an adventurous streak and did not use tour guides. Her daughter, Pat, generally rented a car in the country they were in, and they explored on their own. Margaret also enjoyed visiting Clarksville, VA and being on the lake with Bob, Phyllis and Casey. She had fun riding the boat and hanging out at the Buggs Island “beach”. The family would like to express their appreciation to her caregivers, Betty Callands, Karen Gregory, Katrina Gregory, Dominique Gwynn, Joanne Luck, Louise Morrison, Jeanette Smith and Sandra Waller as well as her LPN, Susan Harris. Furthermore, we would like to thank Royalty Home Health Care and Jodi Coleman for her care and attention over the past four years. The family would also like to thank the UNC Hospitals Geriatric Specialty Clinic for their care of Mrs. Marshall and in particular her physician, Dr. Adam Moskowitz. The family requests that in lieu of flowers, donations be made to Grace Design United Methodist church building fund, 1064 Franklin Turnpike, Danville, VA 24540 or the Danville Life Saving Crew, 202 Christopher Ln, Danville, VA 24541. Funeral services will be held on Sunday, March 3, 2019 at 2:00 PM at Grace Design United Methodist Church conducted by the Rev. Lauren Swanson. Interment will follow in Highland Burial Park. The family will receive friends on Saturday evening from 6:00-8:00 PM at the Wrenn-Yeatts North Main Chapel and at other times at the residence. Wrenn-Yeatts North Main Chapel is serving the Marshall family.

The family of Margaret Davis Marshall created this Life Tributes page to make it easy to share your memories.

Send flowers to the Marshall family.