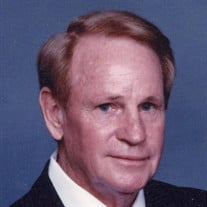 Marvin Landon Moss, 82, of 1289 Buford Road went home to be with the Lord on Saturday, August 22, 2020 after a decline in health for several years. Marvin was born in Danville, VA on September 7, 1937 a son of the late Oscar Robert Moss and Mary Olive Young Moss. On July 11, 1958 he married, Judith Slayton Moss, who survives of the residence. Marvin worked for a company known as Disston for quite a few years as a young man. However, in 1972, along with support from his Bride he began and was sole proprietor of Moss Home Improvement which is still a thriving company in Danville today. Marvin built his company understanding the value of hard work, delivering a quality product, and providing the best customer service possible. His success was mostly due to the fact he never met a stranger and had an incredible gift for engaging with people. Those that love him most remember his determination was part of his DNA and was his ‘secret sauce’ for success. He had a great sense of humor and loved to make people laugh. He had a love for learning new things and accomplished obtaining his pilots license as an example. He loved his family and always cherished the memories with his grandchildren. He hosted many Moss – Young family reunions over several decades throughout his life. He was a member of Vandola Baptist Church where he found his faith in the Lord Jesus Christ. Marvin is survived by his wife Judy Moss and two sons, Mark Moss (Susan), Ken Moss (Sherry); three grandchildren, Landon Moss, Clayton Moss (Kaiti), Kyndal Bair (Cody); and a number of nieces, nephews, and his beloved dog, Sandy. Marvin was the last survivor of his generation being predeceased by two sisters, Helen Clifton, Onieda Walters, and two brothers, Norman Moss and Richard Moss, and a grandson, Ryan Moss. The family would like to thank caregivers, Kristen Turner and Judith Mason for the love and care given to Marvin over the past few years. Funeral services will be held on Friday, August 28, 2020 at 2:00 PM at Vandola Baptist Church conducted by Dr. Scott. Bortz. Interment will follow in Danville Memorial Gardens. (For those not wishing to enter the Church you can listen to the service on your car’s radio from the parking lot) The family will receive friends at the residence. In lieu of flowers, the family has requested donations to Vandola Baptist Church and/or Bachelors Hall Fire Department. Wrenn-Yeatts Westover Chapel is serving the Moss family.

Marvin Landon Moss, 82, of 1289 Buford Road went home to be with the Lord on Saturday, August 22, 2020 after a decline in health for several years. Marvin was born in Danville, VA on September 7, 1937 a son of the late Oscar Robert Moss and... View Obituary & Service Information

The family of Marvin Landon Moss created this Life Tributes page to make it easy to share your memories.

Send flowers to the Moss family.