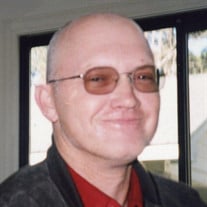 Michael Hayden Poteat, 69, of 7738 NC Hwy 62 N, Blanch, NC went home to be with the Lord on April 21, 2022 at his residence after several years of declining health. Mike was born in Danville, Virginia on March 14, 1953, a son of the late Donald Hayden Poteat and Dorothy Davis Wrenn. He lived his entire life in Caswell County where he graduated from Bartlett Yancey Senior High School. Mike was employed with the Lorillard Tobacco Company where he worked in Quality Control until his retirement. He was a member of Shiloh Baptist Church on Yarborough Mill Road, Milton, NC. On March 18, 1977, Mike married JoAnn Tate Poteat who survives of the residence. He is also survived by one son, Travis Kevin Poteat (Valerie) of Danville, VA, three grandchildren, Talan Kameron Poteat, Azeryah Phyllis Poteat, Kamden Lee Poteat, his step-father, Richard Wrenn (Vicki), aunts Kathy Wrenn of Danville, VA, Pamela Trawick and Kimberly Aldridge of Conn., his father and mother in law, Roger & Rosa Mae Tate of Danville, VA, sister in law, Pam and Kevin Davis and Mariah of Ringgold, VA, Dorothy Davis of Ringgold, VA, a number of cousins and his special companion “Tiger.” Funeral Services for Mike will be conducted on Sunday, April 24, 2022 at 4:00 p.m. from the graveside in the Shiloh Baptist Church Cemetery by the Reverend Duane Caldwell. The family will receive friends at the Church from 2:00 – 3:45 p.m. prior to the service, and at other times they will be at the residence. Wrenn-Yeatts Yanceyville is respectfully serving the Poteat family.

The family of Michael Hayden Poteat created this Life Tributes page to make it easy to share your memories.

Send flowers to the Poteat family.