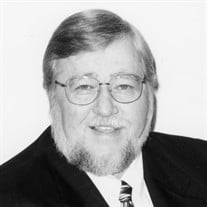 Michael Lee Rockwell, 76, of Danville, VA was returned to his heavenly father on Friday, August 27, 2021, after being sent to us as a gift from God. Michael was born on August 4, 1945, in Norfolk, VA to the late Jack and Elsie Rockwell. Born into the navy, he traveled extensively throughout his childhood. Michael graduated from Norview High School in Norfolk, VA. He received an Associate Degree in Divinity from Southeastern Baptist Theological Seminary, a Bachelor of Arts from Averett University and returned to seminary to achieve his Master of Divinity and Doctorate in Ministry. After working at the Norfolk Naval Air Station, he served as pastor of Sharon Baptist Church of Darvills, VA., Liberty Baptist Church of Callands, VA., and College Park Baptist Church of Danville, VA. He also served as an Adjunct Professor of Pastoral Care and provided local pastoral counseling and worked to establish a chaplaincy program at SOVAH Health. He then served as Director of Missions for Henry County, VA. A true servant of God, he helped to establish God’s Store House in the local community and was a fervent encourager for people of all walks of life to come together in worship. He was currently a member of Marble Collegiate Church. Michael was a man of many passions. His love of music was known to all-from hymns to blues to rock-n-roll and everything in between. He loved to travel to New Orleans with his wife and was known to bring the spirit of the city back with him every time he went. Michael was also a wonderful cook who loved nothing more than making sure his friends and families' bellies were just as full as their hearts. Michael will always be remembered for his sharp sense of humor. There was always a joke to be had. Other passions of Michael’s included fishing, football, and spending time at the farm with his friends. Michael’s greatest passion, however, was people. His family and friends were the most important to him and he was a gift to everyone he met. A devoted husband, a dedicated father, an adoring grandfather and great-grandfather, and a steadfast friend, Michael’s love was endless. His love for his family, friends, and all people was the best worldly representation of God’s love anyone could have asked for. Michael is survived by the love of his life, Cynthia Lee Hull Rockwell. His wife of 55 years. In addition to his wife, he is survived by daughters Michelle Byrd and her husband Raymond of Sanford, NC and Tracy Rockwell of Danville, VA; grandchildren, Hannah Brown and her husband Hunter, Emily Brandon, and Cynthia Grace Rockwell; great grandchildren, Julianna Schoolfield and Easton Brown. Along with his parents, he was predeceased by his grandparents, James and Irma Thomas and beloved grandson, Joshua Michael Brandon. Except for the Lord, family was Michael’s number one priority, and he will be deeply missed by them. A celebration of life will be conducted on Tuesday, August 31, 2021 at 6:00 PM at the Wrenn-Yeatts Westover Chapel with the Reverend William Trimyer officiating. The family will receive friends from 5:00 PM to 6:00 PM prior to the service at the funeral home. Those unable to attend will be known to be with us in spirit. Memorial donations can be made to God’s Store House at 750 Memorial Dr. Danville, VA 24541. Wrenn-Yeatts Westover Chapel is respectfully serving the Rockwell family.

Michael Lee Rockwell, 76, of Danville, VA was returned to his heavenly father on Friday, August 27, 2021, after being sent to us as a gift from God. Michael was born on August 4, 1945, in Norfolk, VA to the late Jack and Elsie Rockwell. Born... View Obituary & Service Information

The family of Michael Lee Rockwell created this Life Tributes page to make it easy to share your memories.

Michael Lee Rockwell, 76, of Danville, VA was returned to his...

Send flowers to the Rockwell family.