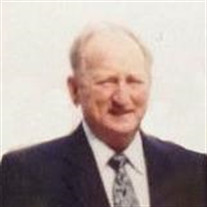 Perry Thomas Dodd, Jr., 80, of 6661 Whitmell School Road, Danville, VA died Saturday, May 18, 2019 at his residence after a decline in his health for the past two months. Mr. Dodd was born in Dry Fork, VA on June 8, 1938, a son of the late Perry Thomas Dodd and Madie Reynolds Dodd. He lived most of his life in Danville and Pittsylvania County, VA. He was retired from Perry Dodd Plumbing where he worked as owner and operator. He also managed his rental properties. He was a member of Oakes Memorial Baptist Church in Dry Fork, VA. He enjoyed hunting and fishing. Mr. Dodd was a veteran, serving in the U.S. Army as a paratrooper in the 82nd Airborne. On June 19, 1959 he married Rita Andrews Dodd, she died on June 25, 2010. Survivors include a daughter, Annette Dodd, of Danville, VA; two sisters, Jean D. Reynolds, of Lynchburg, VA, and Joyce D. Reid (Dennis), of Mechanicsville, VA; a brother, Johnnie Dodd (Bonita), of Danville, VA; two nephews and two nieces. Funeral services will be held on Tuesday, May 21, 2019 at 2:00 P.M. at the Wrenn-Yeatts Westover Chapel with the Reverend Jimmy Calhoun officiating. Interment will follow in Danville Memorial Gardens with military honors conducted by the U.S. Army and the American Legion Dan River Post 1097 Honor Guard. The family will receive friends on Monday, May 20, 2019 at the funeral home from 7:00 until 8:30 P.M. and at other times at the residence. Also, the family suggest that memorials may be made to Mount Olivet United Methodist Church, 245 Mt. Olivet Lane, Danville, VA 24540 or God’s Pit Crew, 2499 North Main St, Danville, VA 24540. Wrenn-Yeatts Westover Chapel is serving the Dodd family.

The family of Perry Thomas Dodd, Jr. created this Life Tributes page to make it easy to share your memories.

Send flowers to the Dodd, family.