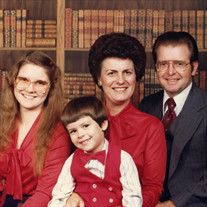 Dr. Ronald Wayne “Paw Paw Mac” McCubbins, Sr. of 110 Greencroft Place, passed away on April 15, 2020. Dr. McCubbins was born January 28, 1937, in Pittsylvania County, VA, son of the late Claude Irvin and Myrtle Winn McCubbins. He is survived by a daughter, Rhonda McCubbins Vogler; a son, Ronnie McCubbins (Doris); three grandchildren, J. Lee Vogler, Jr. (Blair), Brayden McCubbins, Katherine “Sissy” McCubbins; a great-grandson, Kingston Vogler; and a great-granddaughter, Ava Layne Vogler. His loving wife of 55 years, Wanda Lovelace McCubbins, passed away July 30, 2017. He graduated from Whitmell Farm Life High School; received a Bachelor of Science in Political Science and a Doctor of Philosophy in Agricultural Economics from Virginia Polytechnic Institute and State University; postgraduate studies at the University of Florida, the University of South Carolina, and Washington and Lee University. He was a member of Phi Kappa Phi academic honor society. Dr. McCubbins began his career as Instructor of Mathematics and Economics at the Danville Division of Virginia Tech and later, in the Extension Division of Virginia Tech at Blacksburg, as Assistant Professor and Program Leader, Community Resource Development. He moved to Danville in 1968 as Professor and Dean of Instruction at Danville Community College. In 1979, he resumed teaching as Professor of Business Administration and Management, remaining in this role until his retirement in 2001. During his tenure at DCC, he was an Adjunct Professor in the College of Business MBA Program at Virginia Tech; a Lecturer at Stratford College; an Adjunct Professor of Economics at the Patrick Henry Division of the University of Virginia; a Lecturer in Money and Banking & Public Policy and Economics at Averett College; a six month, full time, Visiting Professor in the College of Education, Community College Research Studies at Virginia Tech; and an Adjunct Professor in the MBA Program at Averett College. He served many local service organizations, including the Riverdan Scholarship Fund/Dan River Foundation; the Womack Foundation; Charles B. Keesee Educational Foundation; The Memorial Hospital of Danville School of Professional Nursing; Halifax-South Boston Hospital; and The Southern Regional Mental Health Institute. He provided management training in the public and private sector, including the City of Danville, International Management Council (Danville and South Boston), Presto, ABB Corporation, Associated Services, Dan River Incorporated, and Daly Management Company. Dr. McCubbins was active in professional and civic organizations. Locally, he was President of the Danville Evening Lions Club and District Cabinet Secretary for his good friend, District Governor Mercer C. Motley; served on the Board of Directors of the Danville Cancer Association, and on the Public Services Committee of the West Piedmont Planning Commission. He also served the state as Second-Vice President and Board of Directors for the Virginia Citizens Planning Association, and State President and Board of Directors for the Virginia Social Science Association. His social affiliations included President and Board of Directors of the German Club of Danville and the Young Men’s Club of Danville; and membership in the Danville Golf Club. The family wishes to thank everyone for their prayers and support during their loss. In lieu of flowers, memorial donations may be made to the Winn Family Cemetery, 11200 Mount Cross Road Danville, VA 24540. Wrenn-Yeatts Westover Chapel is respectfully serving the McCubbins family.

The family of Dr. R. Wayne McCubbins Sr. created this Life Tributes page to make it easy to share your memories.

Send flowers to the McCubbins family.