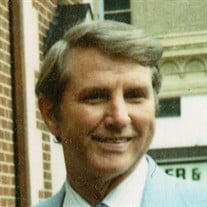 Randolph “Randy” Atkinson, 83, of 255 Gilliland Drive, Danville, VA, died on Monday, January 24, 2022 at Sovah Health after being in declining health for the last ten years. Randy was born in Danville, VA on November 24, 1938, a son of the late Clarence Scruggs Atkinson and Janie Moore Atkinson. He spent all of his life in the Danville area where in his early years he enjoyed farming and then he went to work as a supervisor for Goodyear until his retirement after 33 years of service. Randy’s timecard at Goodyear was #10 and he was a member of the Top Ten Club. In his spare time, he enjoyed gardening, yardwork, and he especially enjoyed watching his granddaughter play softball. He also served in the National Guard and was a member of Woodlawn Baptist Church. On September 1, 1962 he married, Lucy Williams Atkinson, who survives of the residence. In addition to his wife, Randy is survived by his sons, Tim Atkinson and wife Angela of Danville, VA and Jeff Atkinson of Danville, VA; grandchildren, Sarah Atkinson, Emily Cox and Abigail Atkinson; six great grandchildren; and his sister, Joyce Hedgecock of High Point, NC. He was predeceased by his parents and ten brothers and sisters. A graveside service will be conducted on Thursday, January 27, 2022 at 2:00 PM at Danville Memorial Gardens with the Reverend Wade Rowland officiating. The family will be at the residence, 255 Gilliland Drive, Danville, VA 24541. Wrenn-Yeatts Westover Chapel is respectfully serving the Atkinson family.

The family of Randy Atkinson created this Life Tributes page to make it easy to share your memories.

Send flowers to the Atkinson family.