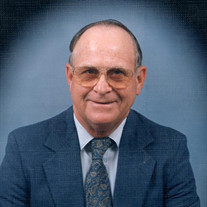 Raymond Douglas “Buddy’ Parks, Sr., 83, of Danville, VA went home to be with his Lord on Sunday, November 29, 2020 at his residence after a long decline in health. His life was dedicated to his faith, church, and family. With his father’s passing at age 12, he learned the meaning of hard work and love of family; this strength molded his character for a lifetime. He was an avid gardener and fisherman. He kept friends and family in fresh supply of vegetables. Born on February 8, 1937 in Hansonville, VA, later moving to Meadowview, VA where he met and married his high school sweetheart, Corinne Widener Parks. They moved to Danville, VA to work in Dan River Mills. An electrician by trade he worked at Dan River Mills, Disston, and Goodyear Tire and Rubber (where her retired). He was among the first employees who formed the local URW Credit Union. He served as the first electoral president of the Danville’s local URW Credit Union (so small this position was volunteer, but he believed in the credit union movement). He served on many boards and committees through the years, sometimes just going to water the flowers in his later years. He was a member of Shermont Baptist Church. Mr. Parks is survived by his son, Donald Wayne Parks (Sandra) of Danville, VA; grandchildren, Lauren Parks (Travis), Seth Parks, Jennifer Babish (Matt); great grandchildren, Morgan Babish and Tegan Babish; brothers, Harry Parks and Bill Parks both of Richmond, VA; and sister, Virginia Lowe of Lebanon, VA. He was predeceased by his parents Joseph Gilmer and Edith Clark Parks; wife, Corinne Widener Parks; and son, Raymond Douglas Parks, Jr. A graveside service will be conducted on Thursday, December 3, 2020 at 2:00 P.M. at Danville Memorial Gardens with the Reverend Ryan Riley officiating. Interment will follow in the cemetery. In lieu of flowers the family suggest that donations be made to the Brosville Fire Department at 11912 Martinsville Hwy, Danville, VA 24541. Wrenn-Yeatts Westover Chapel is respectfully serving the Parks family.

Raymond Douglas &#8220;Buddy&#8217; Parks, Sr., 83, of Danville, VA went home to be with his Lord on Sunday, November 29, 2020 at his residence after a long decline in health. His life was dedicated to his faith, church, and family. With his... View Obituary & Service Information

The family of Raymond Parks Sr. created this Life Tributes page to make it easy to share your memories.

Send flowers to the Parks family.