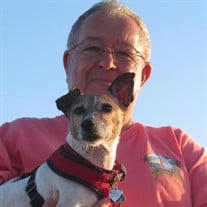 Richard Elden Albert, 75, of Danville, passed away peacefully on December 22, 2020, surrounded by his family. Richard was born in Christiansburg, VA on September 20, 1945. He was the son of the late Allen Franklin Albert and Hester Young Albert. Richard was a 1963 graduate of Gretna High School and studied Drawing and Mechanical Blueprint interpretation at Danville Community College. Richard was a fixture in downtown Danville as owner and operator of Economy Glass. After retiring in 2016, he decided to return to the glass business, working for Clearview Glass as an Estimator Project Manager. Richard married Karen Hoskins Albert on June 11, 1966. They were married 54 years and loved spending time at the beach. Often described as a kind-hearted man with an enormous sense of humor, Richard was passionate about New York Yankees baseball. He knew all the stats, could tell you anything you wanted to know about the Yankee greats and rarely missed a game. Richard adored his family, spending many Sunday nights eating dinner at his sister’s home followed by playing baseball in the yard. Richard enjoyed the arts and loved to read. His family was extremely important to him. Richard was one of Jehovah’s Witnesses and served as an Elder for many years with the Danville congregation. In addition to his wife, Richard is survived by his son, Drew (Emily), his sister, Gaynelle Albert Crowder (Charlie); his sister-in-law, Delores Curry; two nephews, Allen Crowder (Amber) and Chris Curry; a niece, April Hawkins; a great-niece, Anna Leigh Hawkins; and his beloved dog, Jackie. Due to the ongoing COVID-19 pandemic, the funeral service will be held via Zoom on Sunday, January 17, at 3 P.M. The website to join the Zoom service is: https://zoom.us/join The meeting code is 84511727369. The passcode 381297. An account is not required to join the service. Wrenn-Yeatts North Main Chapel is serving the Albert family

Richard Elden Albert, 75, of Danville, passed away peacefully on December 22, 2020, surrounded by his family. Richard was born in Christiansburg, VA on September 20, 1945. He was the son of the late Allen Franklin Albert and Hester Young Albert.... View Obituary & Service Information

The family of Richard Elden Albert created this Life Tributes page to make it easy to share your memories.

Send flowers to the Albert family.