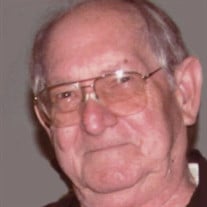 Richard Walter Griffin, Sr., 77, of 333 Church St departed this life on December 24, 2019. Mr. Griffin was born in Caswell County, NC on September 6, 1942 a son of the late George Walter Griffin and Ersley Kendrick Griffin. Mr. Griffin retired from Pepsi Bottling Company where he was a delivery driver. He was of the Baptist faith. On September 6, 1974, he married to Ruth Stewart Griffin, who died on June 21, 2016. Survivors include a son, Donald Griffin; three daughters, Sandra Hudgins, Brenda Byrd, and Peggy Sue Dove; four brothers, George, Harry, John and Charlie Griffin; eight grandchildren and a number of great-grandchildren. In addition to his parents, and wife, two sons, Ricky Griffin and Ben Emerson, Jr. and two brothers, Frank and James Griffin, predeceased him. Funeral services will be held on Friday, December 27, 2019 at 11:00 AM at the Wrenn-Yeatts North Main Chapel conducted by the Rev. Carl E. Burger. Interment will follow in Floral Hills Memory Gardens. The family will receive friends on Friday from 10:00-11:00 AM at the funeral home. Wrenn-Yeatts North Main Chapel is serving the Griffin family.

The family of Richard Walter Griffin Sr. created this Life Tributes page to make it easy to share your memories.

Send flowers to the Griffin family.