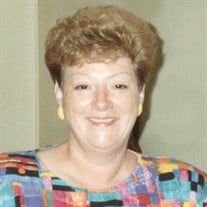 Rosa Faye Cook Harris, 71, of 153 Hanks Ave., Danville, VA, died on Monday, March 11, 2019, at Centra Lynchburg General Hospital, after a decline in health for the past few months. Mrs. Harris was born in Crystal Hill, VA, on August 12, 1947, a daughter of the late Clayton Henry Cook and Rosa Mae Hamlett Cook, who survives. She lived all of her life in the Danville area where she worked as an RN at Southern Virginia Metal Health Institute. She was of the Baptist Faith. She loved spending time with her grandchildren. On July 18, 1969, she married David Gordon Harris, who survives of the residence. In addition to her mother and husband, she is survived by two daughters, Angela Martin and husband Mike, and Melanie Dodd and husband Michael; six grandchildren, Madison Dodd, Courtney Miller, Mason Dodd, D.J. Miller, Samantha Martin, and Dylan Martin; and a sister-in-law, Carolyn Cook Landrum. In addition to her father, she was predeceased by a brother, David C. “Big Daddy” Cook. A Memorial Service will be held on Saturday, March 16, 2019 at 2:00 PM at the Wrenn-Yeatts Westover Chapel with Dr. Scott Bortz officiating. The family will be receiving friends at the residence. In lieu of flowers, the family suggest that memorial donations be made to a charity of your choice. Wrenn-Yeatts Westover Chapel is serving the Harris family.

The family of Rosa Faye Cook Harris created this Life Tributes page to make it easy to share your memories.

Send flowers to the Harris family.