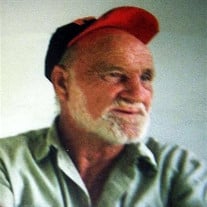 Wayne Andrew Hardy, Sr., 76, of 197 Northwest Blvd., Danville, VA, died on Monday, December 23, 2019, after a decline in health for the past five years. Mr. Hardy was born in Danville, VA, on March 11, 1943, a son of the late Jabe Andrew Hardy and the late Recie Marie Lewis Hardy. He lived all of his life in the Danville area where he worked as a mechanic for over thirty-five years and retired from Oakes Auto Parts. He was a member of the Gospel Worship Center. On March 11, 1972, he married, Linda Dale Lamkin Hardy, who survives of the residence. In addition to his wife, he is survived by four daughters, Pamela “Missy” Grubbs, Penny Shepherd, Stacy McDaniel (Kenny), and Kim Hardy (Andrew); two sons, Wayne Hardy (Kim) and Vance Teasley (Pandora); nineteen grandchildren; one great grandchild; and a brother, Danvis Arthur Hardy (Bea). In addition to his parents, he was predeceased by a brother, Edward Milton Hardy; and a sister, Delores Hardy. A Memorial Service will be held on Sunday, December 29, 2019 at 2:00 PM at the Gospel Worship Center conducted by Pastor Stan L. Lawton. The family will receive friends following the service at the church and at other times will be at the residence of his daughter Pamela Grubbs, 2528 Afton Rd., Danville, VA. Wrenn-Yeatts North Main Chapel is serving the Hardy family.

The family of Wayne Andrew Hardy Sr. created this Life Tributes page to make it easy to share your memories.

Send flowers to the Hardy family.