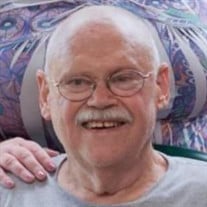 Wayne Anderson Norton, 77, of 5036 Ridgewood Dr. Danville, VA died on Monday, January 25, 2021 at Sovah Health in Danville after a brief illness. Mr. Norton was born in Pittsylvania County, VA on May 7, 1943, son of the late Willie Anderson Norton and the late Evelyn Mills Norton. He spent all of his life in the Danville and Pittsylvania County areas where he was a graduate of Whitmell Farm Life School. During his teen years he drove a school bus, then went on to work for Wise Hundley Electrical and finally worked in maintenance for Winn-Dixie until his retirement. He was a member of Sharon Baptist Church. Mr. Norton loved to garden, do woodworking, he even enjoyed to cook when his health allowed him to. He enjoyed spending time with his family and friends; and loved his puppies Dixie Rose and Daisy Mae. On June 28, 1969 he married the love of his life, Nancy Anne Carter Norton, who survives of the residence. In addition to his wife, Mr. Norton is survived by his daughters, Lisa Norton and Lynn Norton, both of Danville, VA; his grandsons, Dylan Spence (Mary Jeffers) of New Bern, NC and Ryan Spence of Danville, VA; and Deane Riggins (Jerry) of Dry Fork, VA who was like a daughter to him. A private memorial service will be conducted at a later date. If you would like to offer your condolences to the family they will be at the residence, 5036 Ridgewood Dr. Danville, VA 24540 on Wednesday, January 27, 2021 from 3:00 p.m. to 7:00 p.m. In lieu of flowers memorial contributions can be made to the Danville Humane Society at P.O Box 3352, Danville, VA 24543. http://www.dahsinc.com/site/572-2/ Wrenn-Yeatts Westover Chapel is respectfully serving the family.

The family of Wayne A. Norton created this Life Tributes page to make it easy to share your memories.

Send flowers to the Norton family.