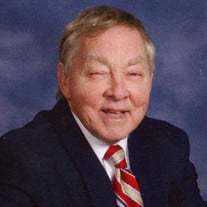 Wesley Lee “Wes” Carter, Jr., 72, of 113 North Ave Apt 1 Danville, VA 24540 died on Friday, Dec. 6, 2019 at his residence after being in declining health of the past four years. Wesley was born in Rockingham County, NC on April 23, 1947 son of the late Wesley Lee Carter and Helen Poteat Carter. He worked in various sales positions throughout his life and enjoyed selling furniture at Ashley Furniture. After his retirement, he worked part time at Midtown Market. Others knew Wesley by the nicknames “Wes”, “Bruh” and even “Earnest T” for his Earnest T impressions. He loved to make people laugh and loved to tell jokes. He also like to bake and hand out cookies that he had baked to his family and friends. He was a member of Schoolfield Baptist Church where he served as a deacon and was on the grounds committee. Recently Wes discovered his passion for writing and went on to write his memoir titled “Bittersweet” and then he wrote a children’s book called “Malachi”. “My life has been a mixture of heartaches, pain and the joy of friends and family who have loved me in spite of who I am sometimes.” Those left to cherish Wes’s memories are his son, David Carter and wife Jennifer of Yanceyville, NC; daughter, Jennifer Western and husband Ed of Acworth, GA; grandchildren, Jackson Carter, MacKenzie Western and Mason Western; sister, Jo Ann C. Hornsby of Lafayette, LA; aunt, Sarah Carter Watlington of Yanceyville, NC; mother of his children, Martha Fowlkes Carter; numerous extended family and friends. A celebration of life will be conducted on Wednesday, Dec. 11, 2019 at 2:00 p.m. at Schoolfield Baptist Church with the Reverend David Turbyfill officiating. The family will receive friends following the service and at other times, the family will be at the residence of his son, David Carter, 305 Waterside Dr, Yanceyville, NC 27379.

The family of Wesley "Wes" Carter Jr. created this Life Tributes page to make it easy to share your memories.

Send flowers to the Carter family.